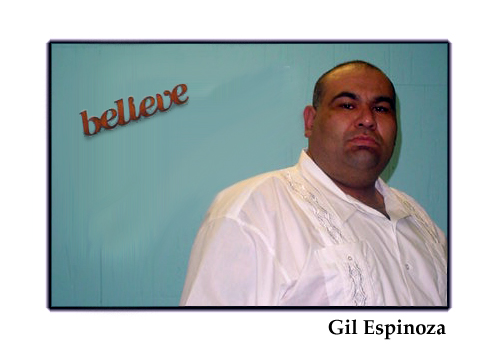 Gil Espinoza currently does the primary background casting for Grey’s Anatomy as well as other features. He originally met Jeff Olan on the streets of East Los Angeles during the shooting of the film American Me starring Edward James Olmos. As an accomplished actor, Gil has graced the screen in principal roles in some of the big screen bests such as High School High, Baseketball, Holy Hollywood, and Pulp Fiction. Gil starred in a documentary titled Lives In Hazard, which won the Golden Apple Award for the best educational documentary and this led him to speak to children about gang awareness on campuses all across the nation.

Gil's distinctive voice serves him well as a working voice actor, most recently on the audio drama "Hard Rock Lovers." He continues to go on auditions and work in front of the camera and behind the mic.

With over 17 years of experience working with Jeff Olan, Gil is just as comfortable behind the scenes doing casting, coordinating on set, and working hands-on with production as he is in front of the camera and on the silver screen.  Plus he is a teddy bear in person!

If you want to check out some of Gil's work, click below to see his demo reel!